LONDON, ENGLAND – As the Six Nations have come to a close, the things for a referee to talk about are actually not that obvious.  But after reffing a few games lately – up popped some things I’d like to see emphasized in a game.

While, I’ve only gotten to watch a single game this week – Harlequins vs Bath – and it was exactly what I did not want to see.  It was a game where there were very few scores – a total of one try – and five penalties.

Like I’ve said before, I want to watch games that have high scores and good ball movement, I don’t want to see just a game of penalties!  Don’t get me wrong, I think they have their place in rugby, but watching a game where they just kick penalty after penalty gets fairly boring.  I want to see the wide open flow style of the 70’s and 80’s. 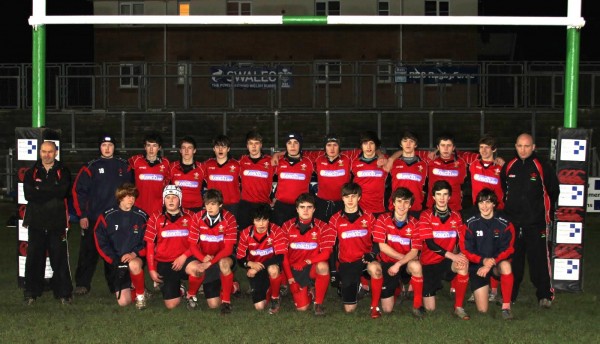 The aforementioned games I officiated really emphasized this point.

The first was Wales Exiles U16 – a team for international caliber players that live outside of Wales – against Carmarthen Schools, a select side from a Welsh county.  The final score was 43-39. I ran a lot!  The style of play, though, was exactly what I wanted to see; lots of tries without waiting for the penalty kick to come.

The second game was Kenya U13 against Cathedral Schools, a team from Wales.  While it was a Sevens match – with a natural openness to the game – but the fluidity of the game was amazing.  Particularly in the first half, the game was wide open with a period of about three minutes where it was just ball in hand, and wide open, proper sevens.

These two games really showed a game of what rugby should be!  What do you want to see?
Tweet
About Cody Kuxmann 60 Articles
Cody Kuxmann is a Referee at London Society Of Rugby Football Union deciple... When not sending innocents to the Sin Bin, The American International University in London grad splits time between England and... Green Bay, WI! And like all referees, is Blind, Deaf and Dumb.