PARIS, FRANCE – Once again, the Six Nations has come to an end.  Another Grand Slam for powerful Wales.  In this last glorious weekend, we saw a multitude of yellow cards in the Italy/Scotland match, enough kicking to satisfy a football (soccer) fan during Wales/France and a player claim that he was bitten in the St. Patty’s Day Twickenham bout between England and Ireland. Overall is was a great tournament – especially for Wales. Scotland at Italy:  If you didn’t have a chance to watch this match, you really missed out.  I wouldn’t go as far to say as it was the best game of the tournament, but it wasn’t far off.  Two very evenly matched sides went at it in a game where the referee allowed it to flow very nicely.  The cards were all deserved and would like to applaud the referee on his performance.  Oh, and I musn’t forget to congratulate Scotland on a White-washed Wooden Spoon Campaign.

Ireland at England: There were enough knock-ons to keep even the most unfit forward well rested.  I do have to say that is not the result I would have expected – I could see it going either way – but not by that margin.  Yet, on to the game:  Nigel Owens, had a decent game.  However the one area I found him lacking was at the scrum.  He blew far to many penalties, the penalty try was well deserved.

France at Wales: It wasn’t that great of a game. I would have expected more out of the French, 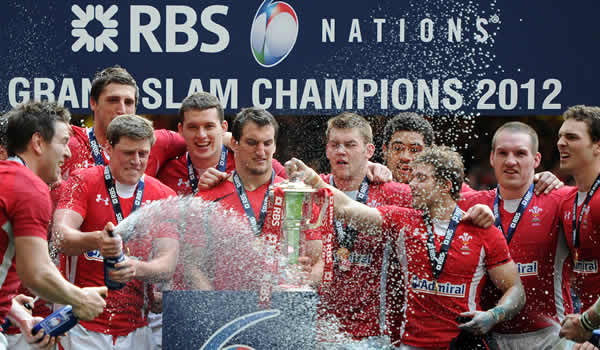 but that is how they are; consistently inconsistent.  In terms of the referee, Craig Joubert – the World Cup Final referee – I thought he had a mediocre performance.  He didn’t facilitate the open-fast style that you see him bring to the pitch.  The game was very stop-start with too many penalties.  It was one of the games mentioned in one of my earlier articles see who gives up more penalties within kicking range.  Well done to Wales on the Grand Slam, but the question still remains: Should they have beaten Ireland?

Looking back, it is obvious that there were errors involved in the tournament. We had a yellow that should’ve been a red, due to the Assistant referee’s position. We had a few law errors by referees – something completely unacceptable at this level, and we had a few genuinely good performances by referees.

What was your favorite/most memorable Six Nations moment?