DUBLIN, IRL – After two weeks without the northern hemisphere’s top international competition, the 2017 Six Nations returns this Friday when Ireland travel to Wales to kick off the fourth round of action. The only thing that made last weekend’s gap in the 2017 Six Nations bearable was the return of Super Rugby, but even that barely quenched the thirst for top-level European internationals. With Friday’s 2030 GMT kickoff rapidly approaching and Italy vs. France and Scotland vs. England just around the corner on Saturday, here are your previews for round four of Rugby’s Greatest Championship.

Ireland head coach, Joe Schmidt, came out today and announced that the team to play Wales on Friday will look exactly the same as it did in the victory against France a fortnight ago.

Ireland struggled in the first eight minutes of the match against the French, but quickly found their footing and began punching holes in the French defense thanks to brilliant lines from Conor Murray and Robbie Henshaw and bruising runs from Sean O’Brien and CJ Stander.

The return of Jared Payne and the availability of Craig Gilroy and Andrew Conway for a spot on the wing gave Schmidt plenty to think about in terms of team selection, but ultimately he decided to opt with familiarity for the sake of the players.

It is the very first time that Ireland have named and unchanged side in any senior competition since 2014.

On the other side of the ball, Wales head coach, Rob Howley, has also decided to stick with all-familiar faces for the Friday night clash. Friday night will be a huge opportunity for the Welsh to redeem themselves following a slumping defeat to the Scots two weeks ago.

They have been in unusually poor form since their summer tour to New Zealand, but a win against the Irish could put them on the right track going into the final weekend’s clash against the French.

Captain Alan Wyn Jones has shown a lot of determination in guiding his side through an up-and-down championship, and has played absolutely fantastic thus far. If he continues at the rate he’s playing, he will be a shoe in for the Lions’ tour to New Zealand come the fall.

The Welsh are an extremely formidable team when they are firing on all cylinders, but if they revert to the play they exhibited against Scotland, then they will have a hard time on Friday.

After a display of tactical masterclass against the English in round three, Italian head coach Conor O’Shea has decided to enact three changes to his side for their clash with friends in Rome on Saturday. 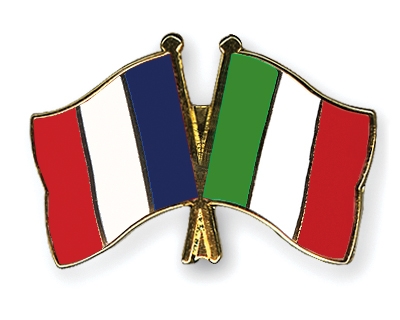 The 36-15 score line does not do the Italians any justice in regards to their performance against England in round three. They solidly rattled the English for most of the match, but in normal fashion were not able to close out the match when they really needed to. Even so, the last against English was a huge improvement from disappointing the feeds to Wales and Ireland in Rome.

O’Shea’s changes come in the replacement of two backs and one forward. Carlo Canna returns to the #10 jersey to replace Tomasso Allen who has been ruled out due to injury. Leonardo Ghiraldini returns to his once starting position to take over for Ornel Gega at hooker, while Angela Esposito moves out to the wing to take over for Giulia Bisegni.

For the French, and coach Guy Noves will be dying for a victory following a very difficult and disappointing performance against the Irish in Dublin. They’ve won 17 of the last 19 matches against the Italians, but the blow out victories of the past have subsided and replaced by very close clashes.

Francois Trinh Duc returns to the fold for the French after being out since November with a broken arm. Although he may not start the match, there has been an air of expectation surrounding the French team, and Novescould possibly bring him off the bench in order to find the right combination and ensure that the either French public and sports media are appeased.

England have not lost to Scotland in the Six Nations since 2009, but for the first time in a while Scotland look as though they are ready to take back the Calcutta Cup.

Under head coach Eddie Jones, the English have run into a huge series of 17 victories in a row, an astonishing testament to this sheer will power and determination for Eddie Jones to get exactly what he wants.

He’s only two matches away from winning his second grand slam, so despite his very child-like dissent following the match against the Italians, he truly is an outstanding coach who can’t stand proud looking at the accomplishments he’s made with this English team.

Scottish head coach Vern Cotter has finally found out how to arrange his best play against Europe’s top internationals. Scotland’s back line has been on absolute fire thanks to the imposing form of Stuart Hogg and Tim Visser, while the Gray brothers have been on their usual form helping boost a hugely revitalized Scottish forward pack.

Scotland are looking to Saturday’s match as a huge chance to break the 34 year losing streak at Twickenham. A 22-12 victory for the Scottish back in 1983 is the lonely reminder that Twickenham was not always such a bad place to play.